The event will last approximately 90 mins including Q&A.
To register your interest and receive a Zoom link, please RSVP to bhfs.admissions@gmail.com

(Please do check your spam/junk inbox if you do not receive a confirmation email within a day.) 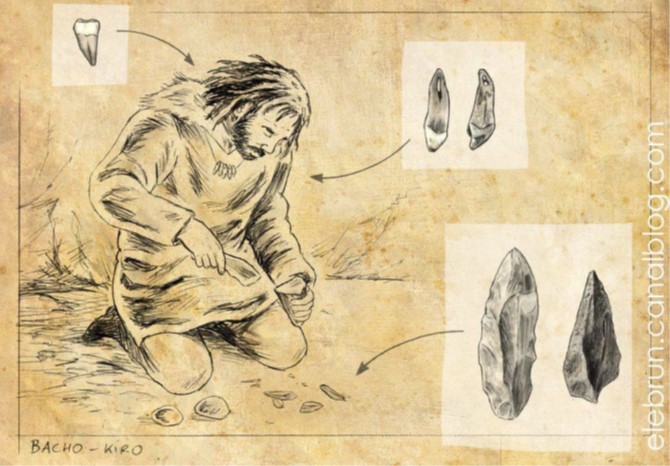 The modern human expansion out of Africa and its rapid colonisation of the Earth is one of the most fundamental events in human evolution. For millions of years, distinctive human types evolved synchronously and sometimes coexisted. Systematic migrations of Homo sapiens into Europe began at the onset of the Upper Palaeolithic (ca 46 ka cal BP) or even before. At this time Neanderthals had been in Europe since 400 ka BP. During the Middle/Upper Palaeolithic transition (MP/UP), ca 50 000-40 000 cal BP Neanderthals and modern humans coexisted and interacted. Until recently it was accepted that Aurignacian is the first culture of modern Homo sapiens in Europe.

The results from the recent research in Bacho Kiro Cave are filling the gap of data and knowledge in this field and are helping to understand the beginning of Homo sapiens’ appearance in Europe. Human remains found within the well-preserved context, along with Initial Upper Palaeolithic (IUP) artefact assemblages, have been directly dated. Morphological analysis of tooth and mitochondrial DNA analysis of 5 other human remains, captured by proteomic screening, assign all finds to Homo sapiens. Moreover, techno-typological analysis of the lithic assemblages has revealed the link with IUP technological expansion into mid-latitudes of Eurasia before 45 thousand years.

Paleogenetic studies of human fossils from Bacho Kiro Cave provide evidence of interaction between Neanderthals and Homo sapiens. The modern humans from Bacho Kiro Cave were using blade technology similar to MP Levallois one and their symbolic behaviour resembled the subsequent Aurignacian technocomplex. The new interdisciplinary data obtained from archaeological layers in Bacho Kiro Cave permit roughly chrono-stratigraphical correlation with those from Kozarnika and Temnata Caves. Subsequent to the MP Neanderthals’ assemblages, two distinct consecutive technocomplexes, produced by the earliest Homo sapiens in the Eastern Balkans, have emerged in the record. These are the blade technology from Bacho Kiro and Temnata Caves (presented also in Samuilitsa II Cave) and the bladelet technology from Kozarnika Cave (called Early Kozarnikian). Both technocomplexes presented overlapping radiocarbon chronologies and they were most likely coexisting.

Considering the old and new data coming from the Bulgarian Palaeolithic sites, the earliest possible Homo sapiens migration routes on a larger geographic scale should be revealed. Therefore, chronological and techno-typological comparison needs to be done among the transitional Bulgarian MP/UP assemblages.