Project type/s: Archaeological excavation and research at the Roman city of Doclea (Montenegro) in the Eastern Adriatic and archaeological field school.

BHF contribution: Excavated over 150 sq. m., including representative residential building with mosaic floor and a supposed glass workshop. Involvement of 7 team members and visiting specialists and more than 20 volunteers and students. The excavated finds have been cleaned, documented and stored.

BHF project partners: Museums and Galleries of Podgorica and Municipality of Podgorica (Montenegro) and University of North Carolina Greensboro (USA). 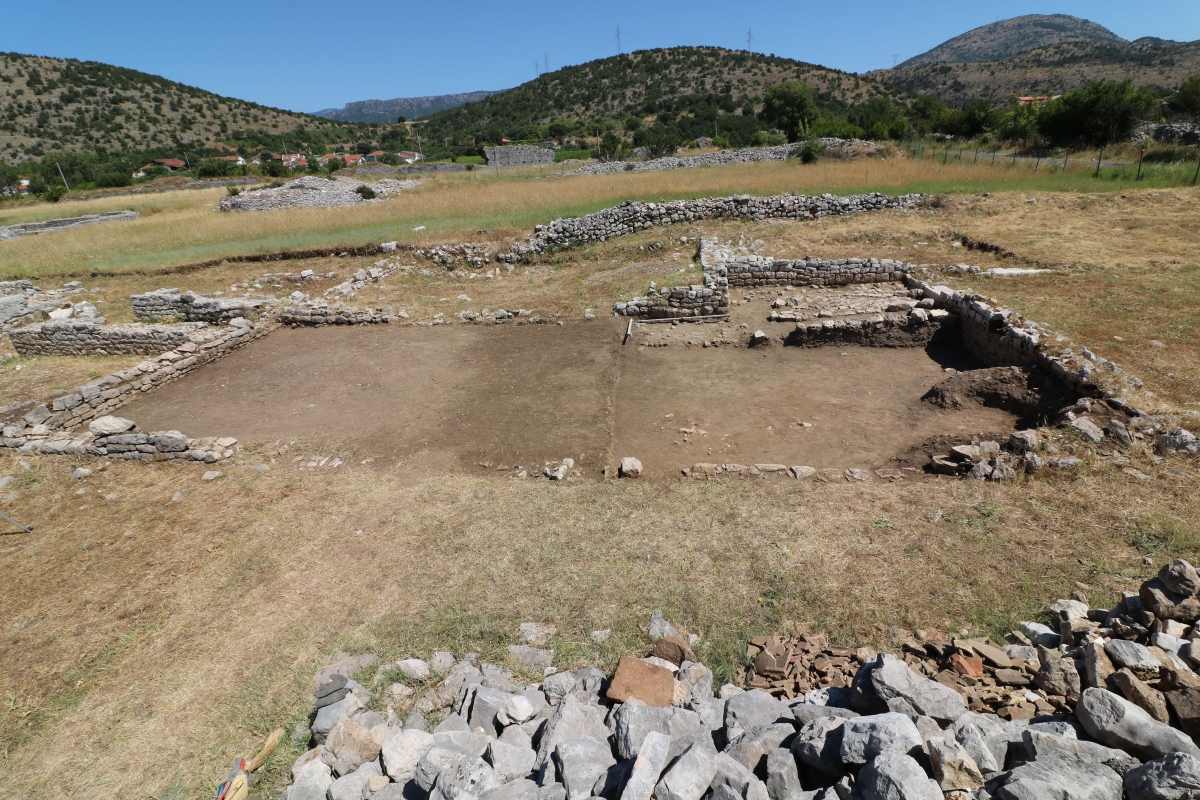 The Roman city of Doclea is an important urban center of the eastern Adriatic Roman province of Dalmatia (1st – 3rd c. CE), the capital city of the Late Roman province of Praevalitana (3rd – 5th c. CE) and the most significant ancient site in Montenegro. It is 4 km (2,5 mi) away from downtown Podgorica, the Montenegrin capital city. In Roman times the city was situated away from several main roads and thus isn’t mentioned by the most important Roman itineraries – Tabula Peutingeriana and Itinerarium Antonini. The Romans chose to build Doclea on a plateau bordered on three sides by the Zeta, Moraca and Siralija Rivers considering its strategic position.

The foundation of the city is related to the Roman effort to urbanize the newly established province of Dalmatia in the beginning of the 1st century CE. Doclea was named after the Illyrian tribe Docleati on whose territory it was built. It soon turns into an important trading center and receives the status of municipium during the Flavian Age along with other Dalmatian cities. Romans enforced the city’s protection through mighty 2.5 m – thick walls, towers, battlements and fortified bridges across the rivers. The city is built according to the classical urban grid plan. The East-West Via Principalis features the most important city buildings which are still preserved today: the triumphal arch dedicated to Emperor Gallienus, the temple & the statue of Roma, the temple of Diana, a palace, as well as the spacious and richly decorated city baths. The forum design does not deviate from the standard Roman forums at the time: square-shaped with colonnaded porticoes that run the length of the space. Why the basilica on the forum was dedicated to the 15 y/o boy Flavius Frintanus Balbinus, whose gilded statue decorated the forum, is still unknown. The city flourishes as a capital city of the Late Roman province of Praevalitana (3rd – 5th c. CE). The Early Christian churches and the large episcopal basilica are dated to the 5th and 6th c. CE are located in the eastern urban and suburban areas both intra and extra muros. The bishop of Doclea Evandros is mentioned among the participants of the 4th Ecumenical Council held in Chalcedon in CE 451.

The city’s urban life declines after the Ostrogoths sacked Doclea in 490 CE. It was devastated further during the earthquake of 518 CE. It never restores its glory and during the following turbulent period of Avar and Slavic invasions, the city is finally abandoned. Byzantine authors in the later periods often refer to Doclea as the birthplace of Diocletian and call it Dioclea which confused many researchers by the mid-twentieth century.

The archaeological site of Doclea has attracted the attention of researchers since the 19th century. The first archaeological excavations took place in 1890 – 1892 directed by the Russian researcher Pavle Rovinski by the order of King Nikola I of Montenegro. In 1913, Piero Sticotti published the book “Roman town Doclea in Montenegro”, which is so far the only monograph of the archaeological site. In the 1960s the necropolises of Doclea were excavated by the Serbian Academy of Sciences and Arts. After that, only small-scale excavation projects have been conducted at various sectors of the site. Since 2017, Balkan Heritage Foundation has been supporting the excavation and research of the central residential and trading neighborhood of the Roman city east of the Temple of Capitoline Triad near the Cardo Maximus. In 2019 the Montenegrin and Bulgarian research teams will be joined for the first time by US scholars from both the University of North Carolina at Greensboro and at Chapel Hill. 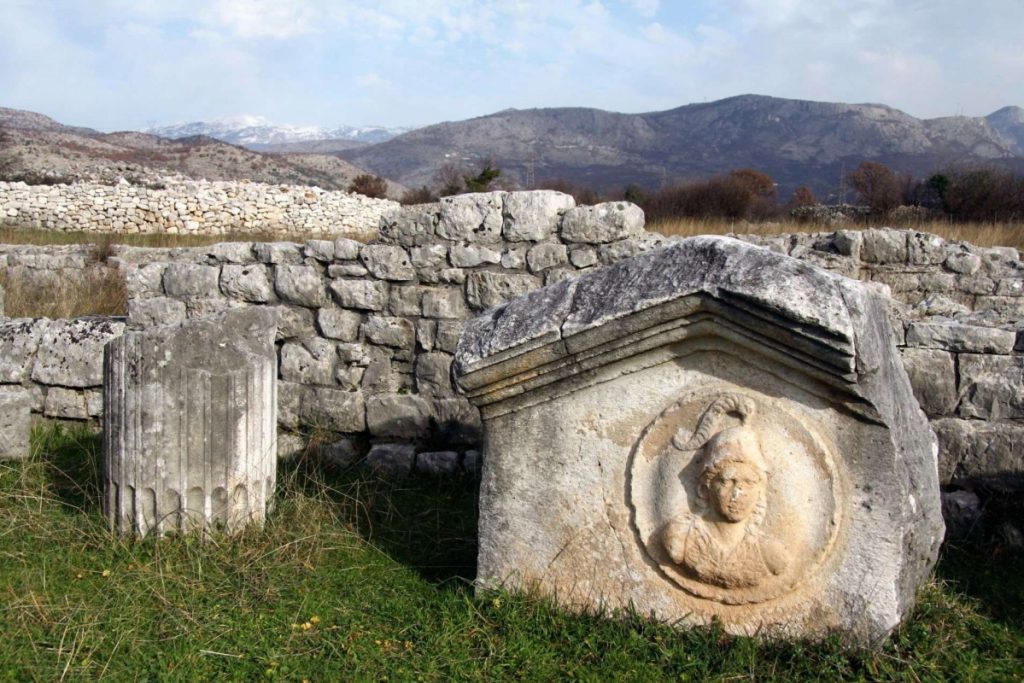 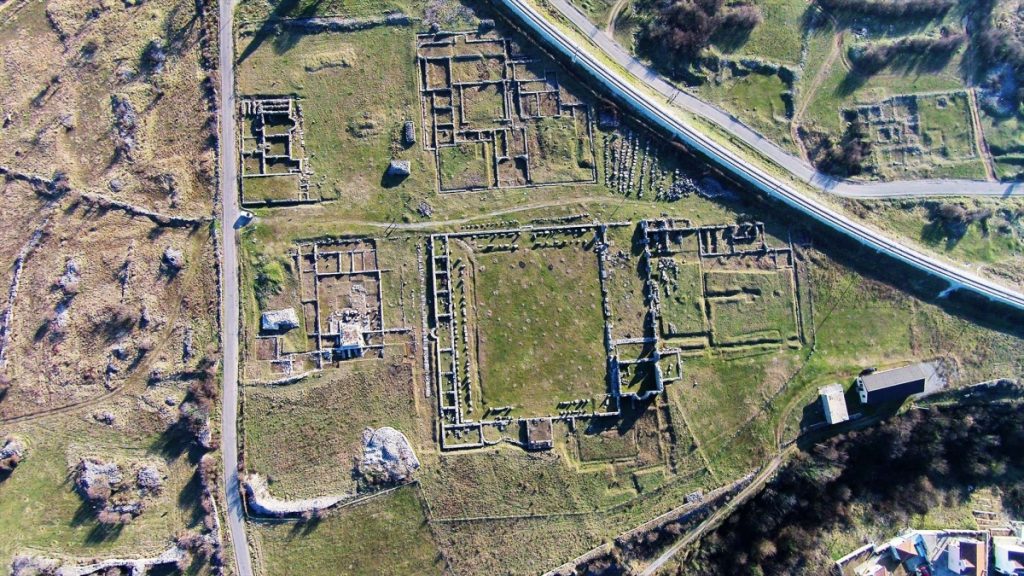 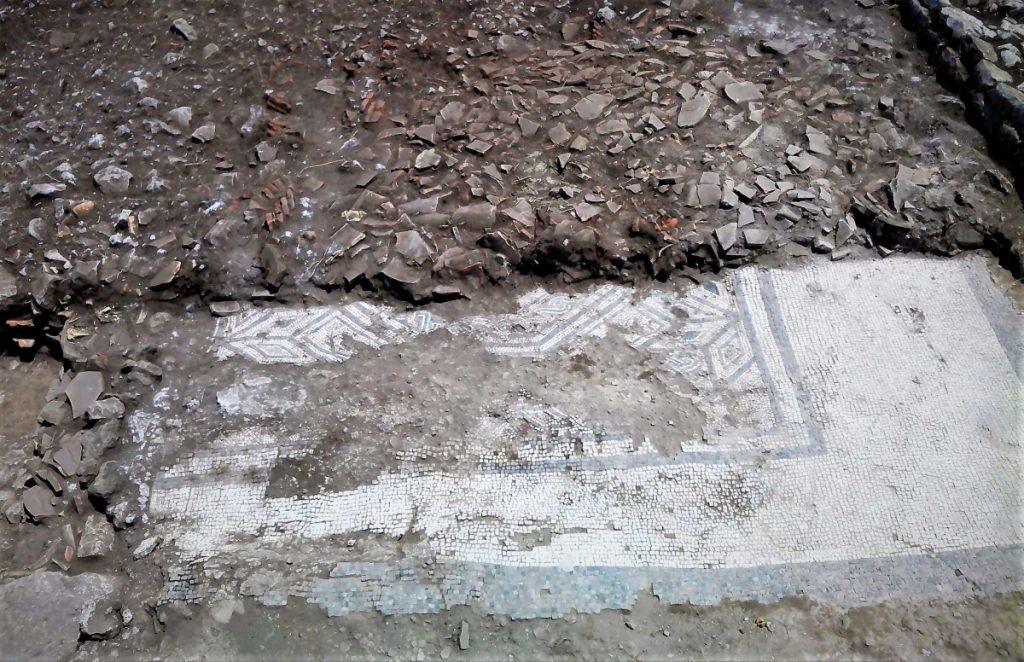 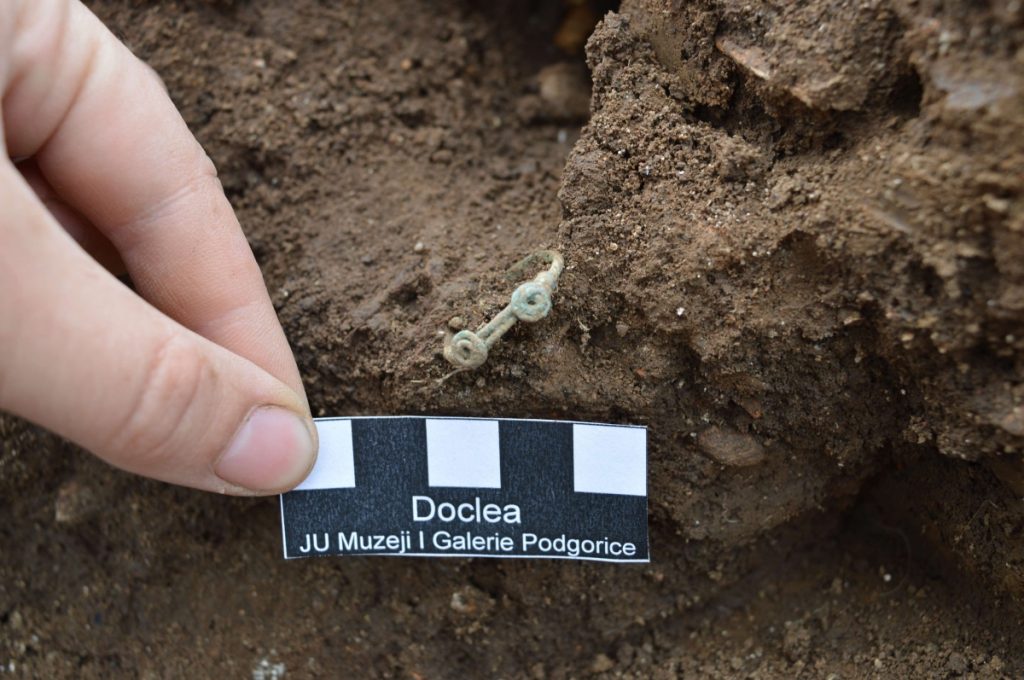 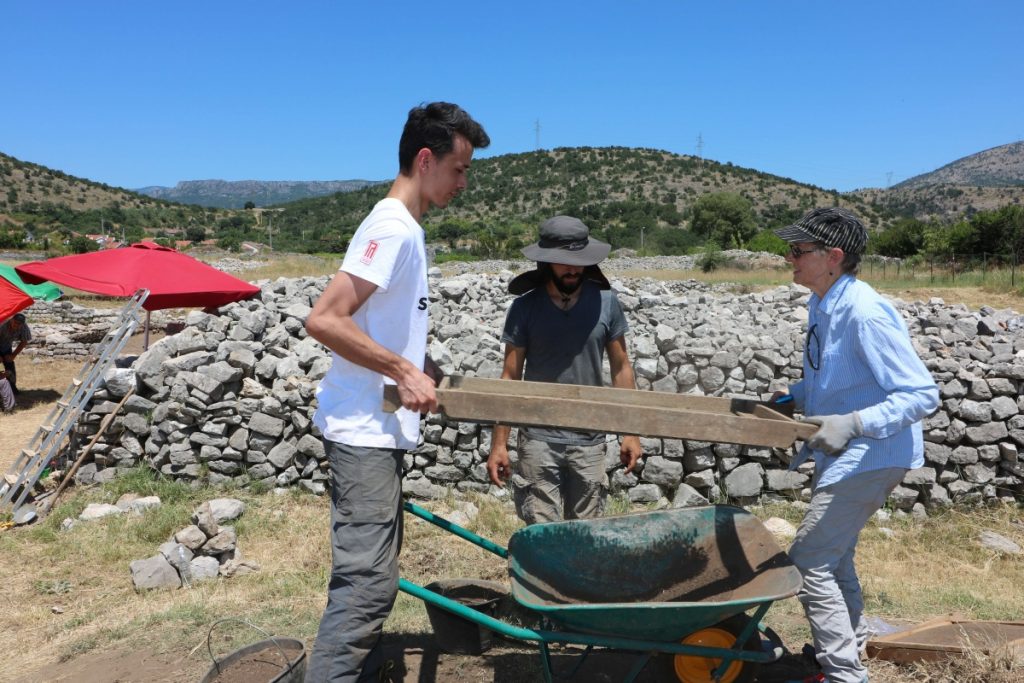 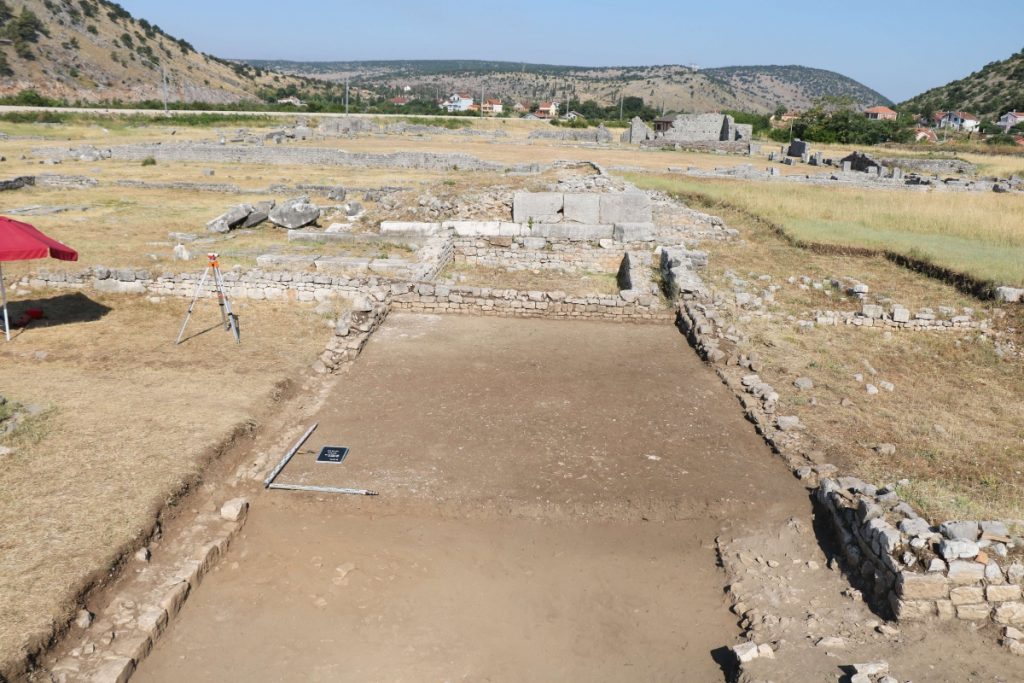 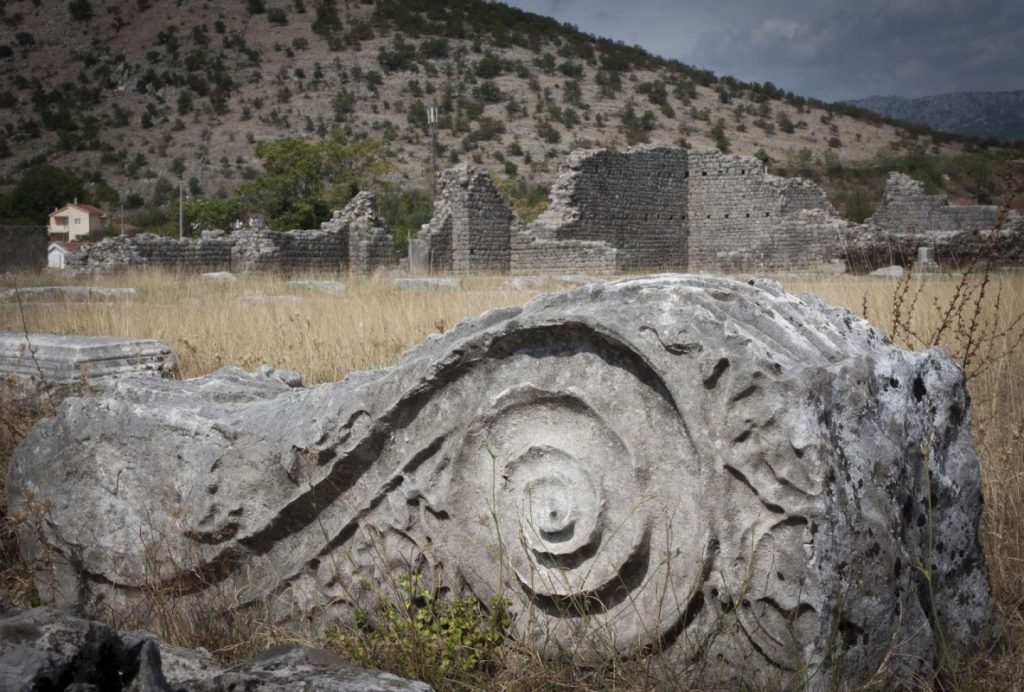 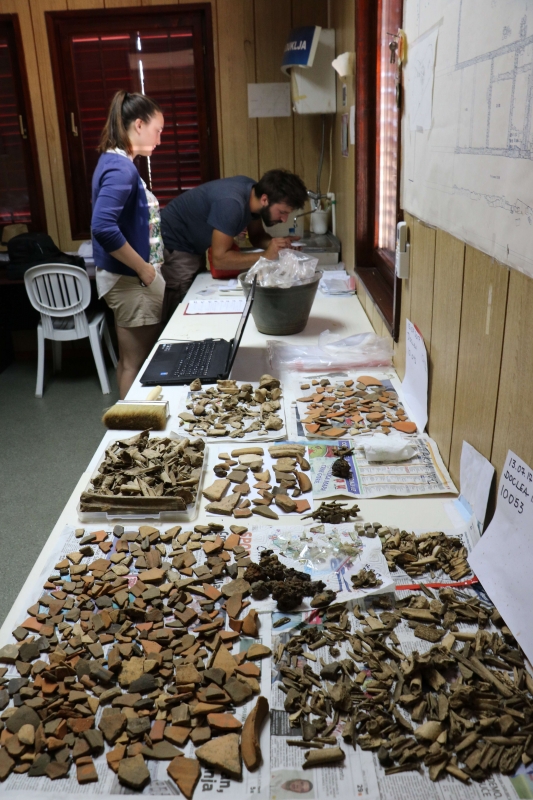