Project type/s: Archaeological excavation and research at the Roman and Late Roman city of Stobi, Republic of North Macedonia and archaeological field school.

BHF contribution: The excavations took place at different locations within the territory of the ancient city of Stobi, including sectors of the area around the Theodosian palace (since 2014), several houses from the Late Antique settlement (2011-2013), eastern Necropolis and the area around the temple of Isis (2010). Involvement of more than 10 team members and visiting specialists and more than 185 volunteers – students; All excavated finds have been cleaned, documented and stored. 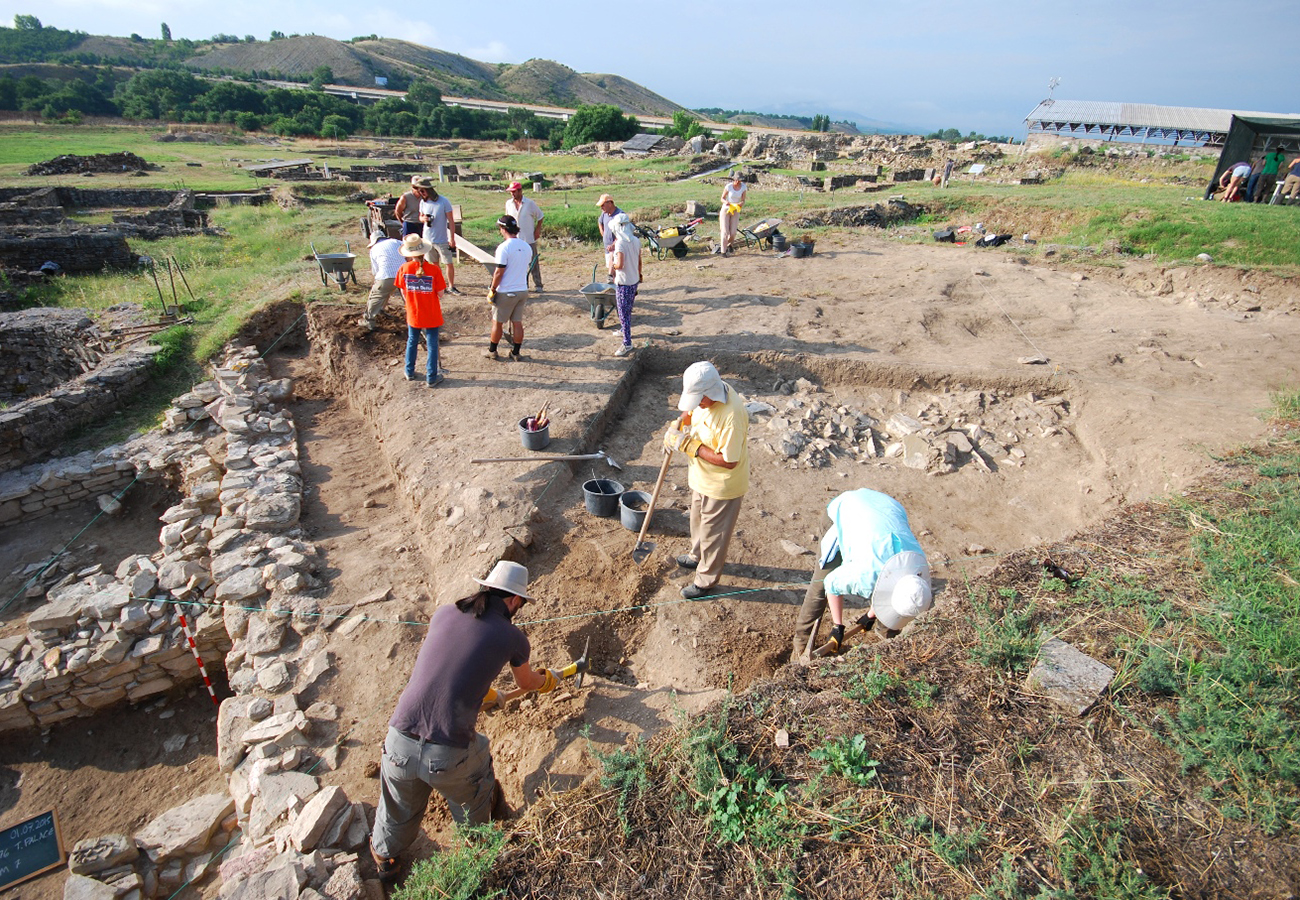 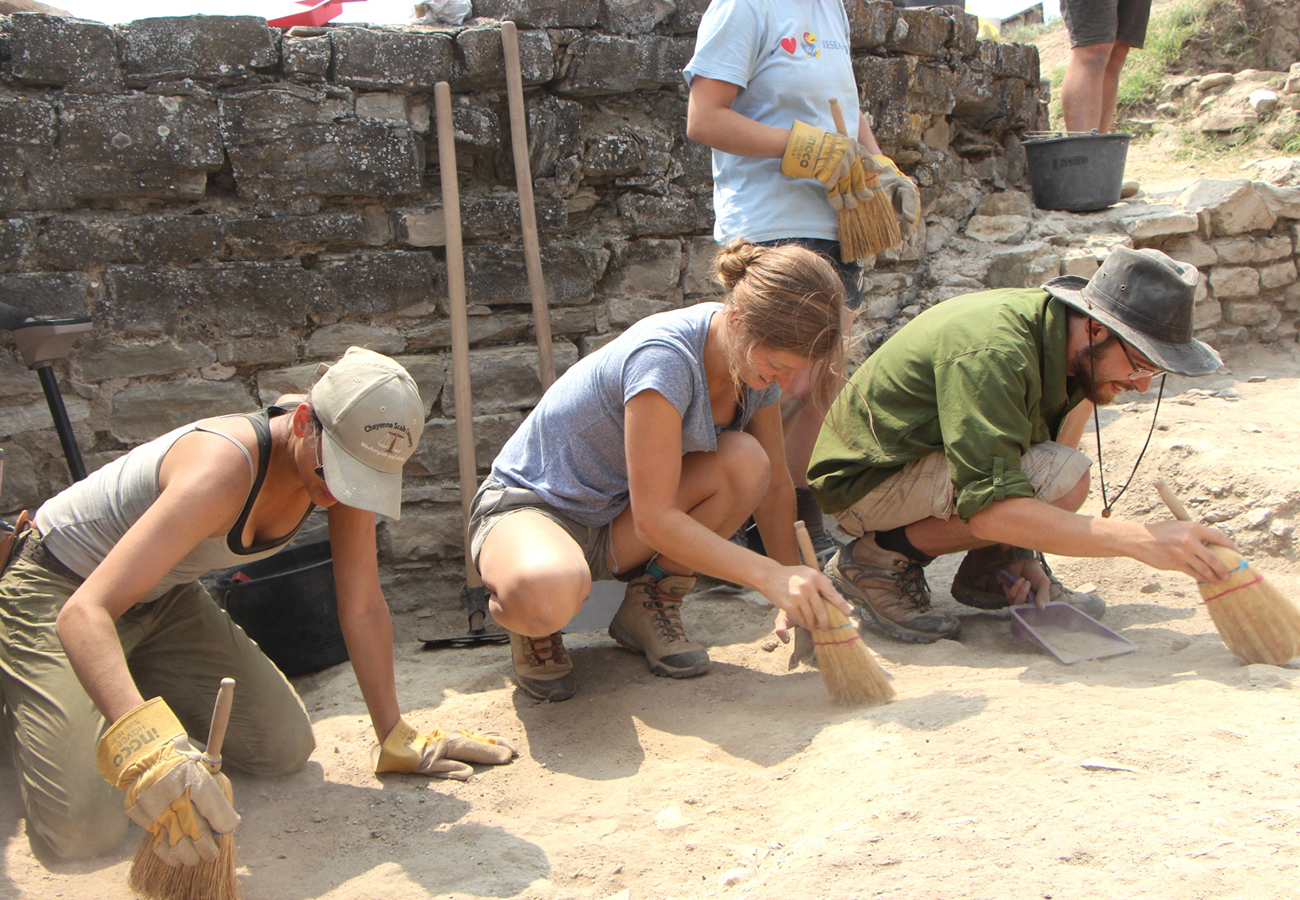 Site description: The first historic records that mention Stobi are by the Roman historian Titus Livy, and concern the period of the second century BC, when (in 197 BC) the Macedonian King Philip V defeated the Dardanians in the vicinity of Stobi. According to Livy, after the Roman conquests of Macedonia, Stobi became an important center for salt trading. In 69 CE Emperor Vespasian granted Stobi the rank of municipium and the right to mint its own coins. Salt trading and the strategic position between two rivers on the crossroad of the ancient road along the Vardar Valley and the branches of Via Diagonalis and Via Egnatia, brought to the city long-term prosperity between the first and the third centuries CE. Several monumental buildings in Stobi are dated to this period: the Theater, the first City Wall, the Gate of Heraclea, part of the Forum Romanorum, Casa Romana, the Synagogue and the water supply system. In 267/269 CE the city suffered from raids by Goths and Herules. After their devastating attacks, Stobi was rebuilt, but following a different urban model. Most of the ruins visible today belong to buildings dated to this period. In the fourth century CE, Stobi became an important Christian center and seat of mighty bishops. In the fifth and sixth centuries, Stobi was the capital city of the Roman province Macedonia Secunda, but suffered from the raids of Huns, Ostrogoths, Avars and Slavs. An earthquake in 518 CE marked the beginning of the end of urban life in Stobi. Some records mention a small Slav community that settled and lived here in later centuries. The last historical reference regarding Stobi is about the victory of the Byzantine troops over the military crew of Stobi in the eleventh century CE.

The first reported excavations in Stobi started during the World War I by German officers and the archaeologist F. Krischen. Between 1923 and 1940, the excavations were directed by Balduin Saria, R. Eger, Kj. Truhelka, V. Petkovic, J. Petrovic, and Dj. Mano-Zissi from the National Museum, Serbia. From 1955 to 1969, the Archaeological Museum of Skopje and the Agency for Protection of Monuments of Culture, North Macedonia were in charge for the further archaeological research. In the timeframe of 1970 until 1980, the excavations were directed by Dj. Mano-Zissi and J. Wiseman – the Museum of Veles, North Macedonia, University of Austin, Texas, and later Boston University – both of the USA. Some rescue excavations in the nineties (1992 – 1995) were conducted by the Agency for Protection of Monuments of Culture, North Macedonia. Since 2008, a large-scale excavation campaign has aimed to complete the excavation of all the buildings that were only partly unearthed and to uncover new areas of the site. The National Institution Stobi was formed as independent state institution in 2010 and since then has successfully finalized numerous of archaeological and conservation projects (see: http://www.stobi.mk/). 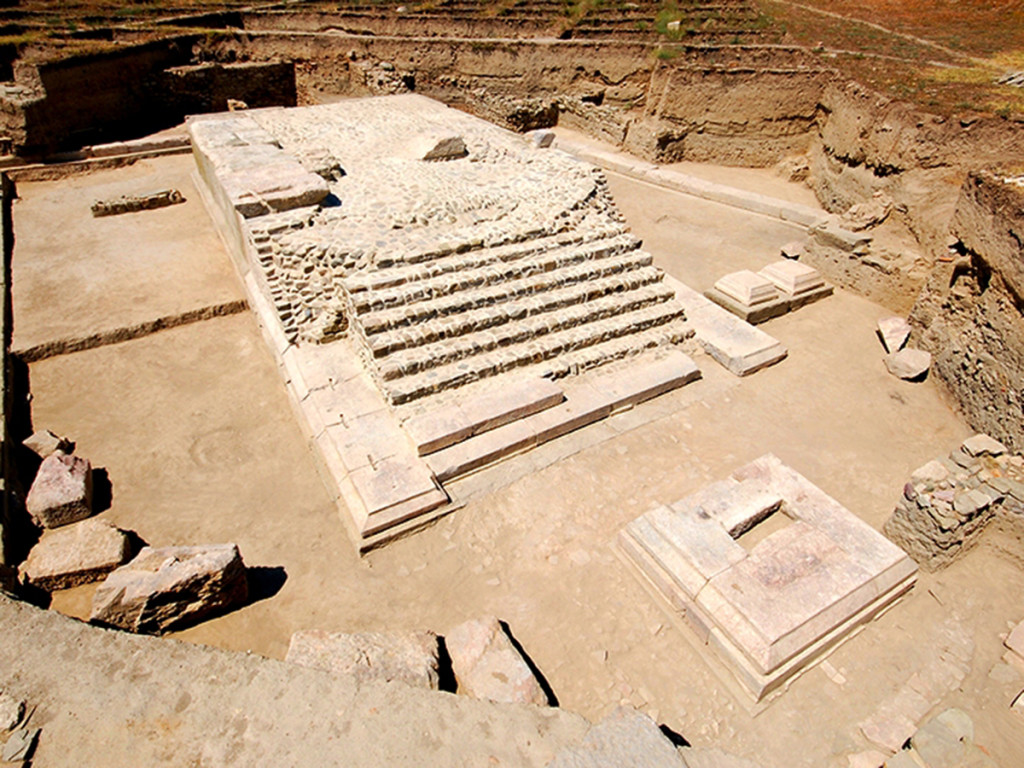 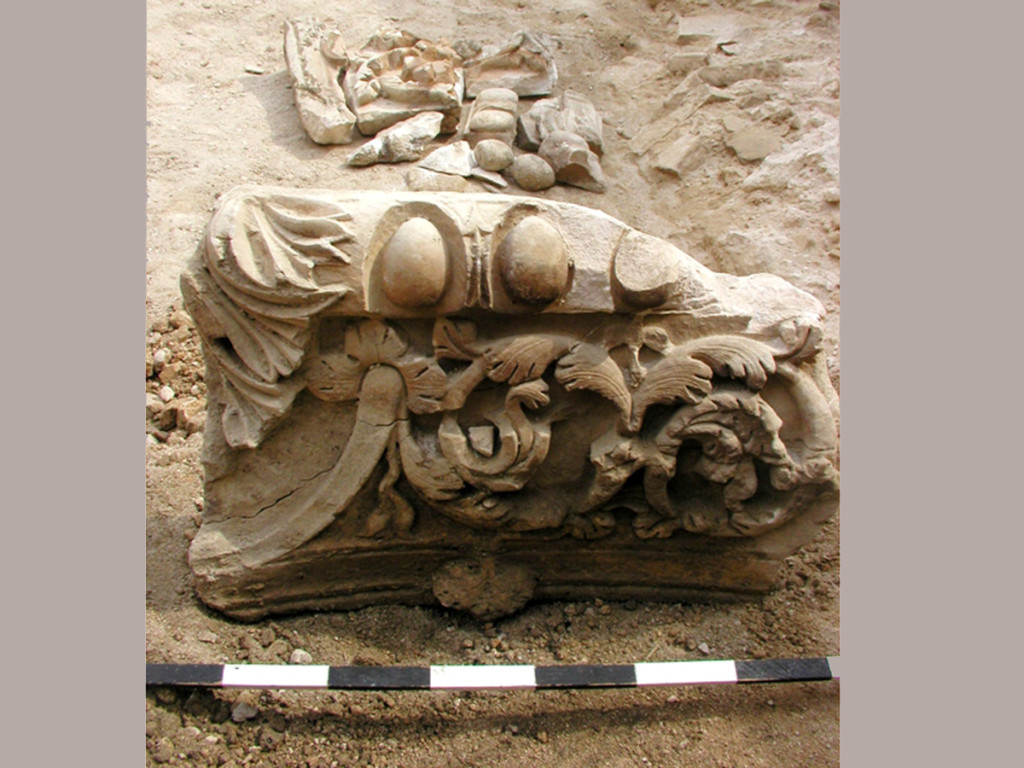 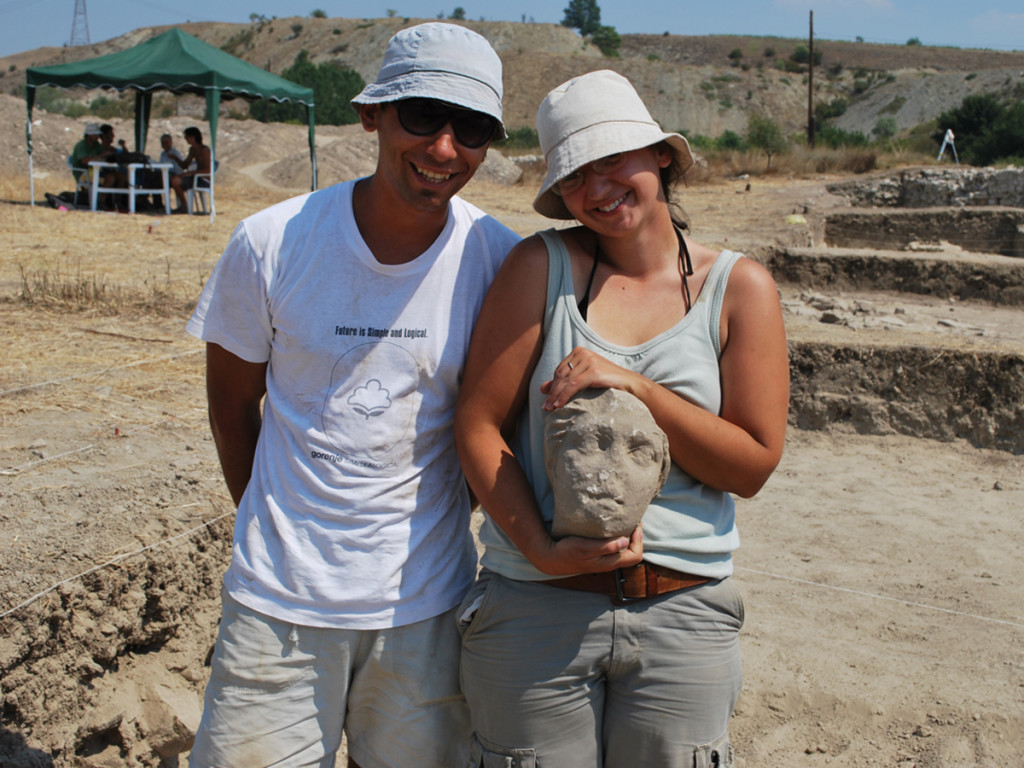 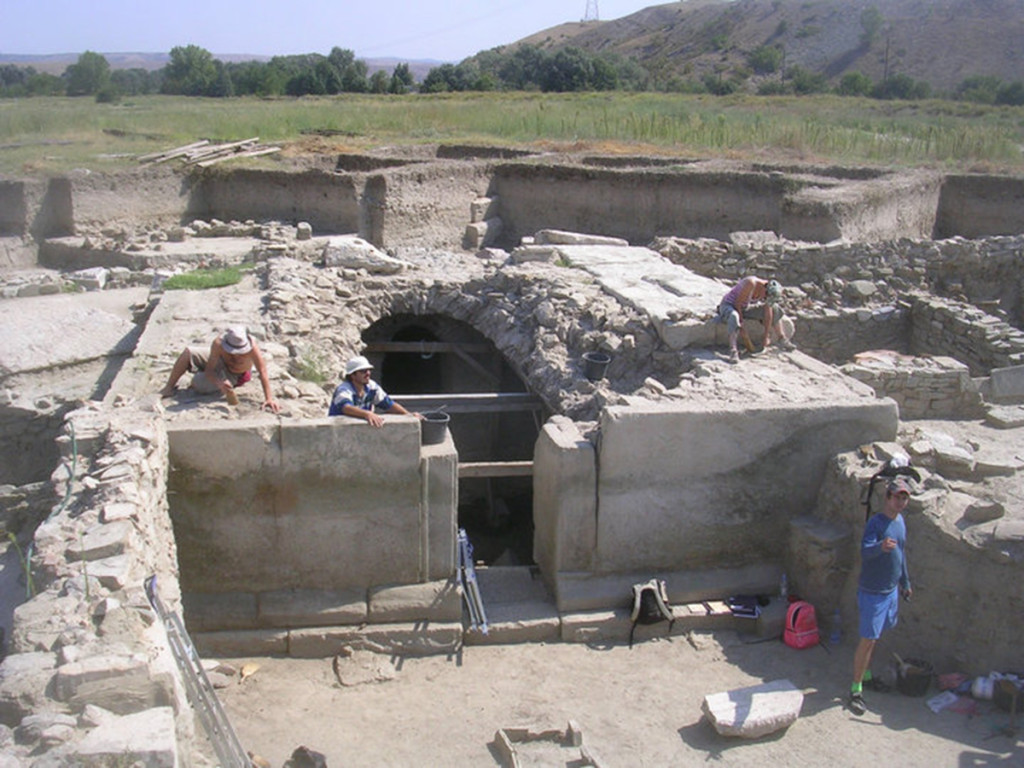 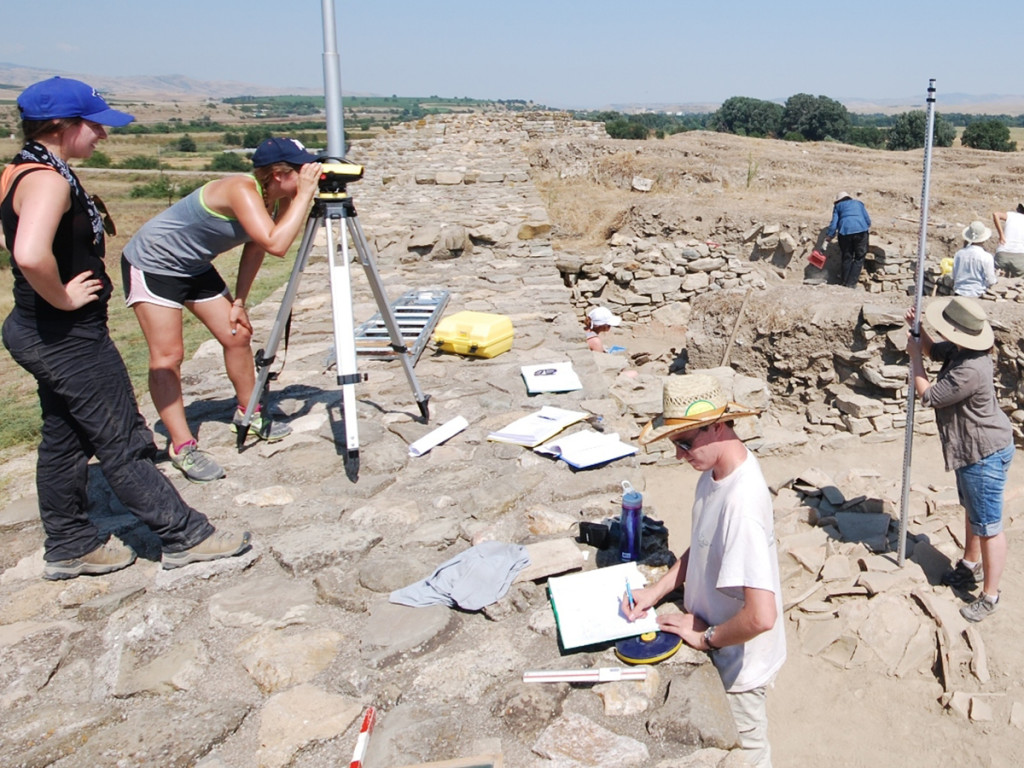 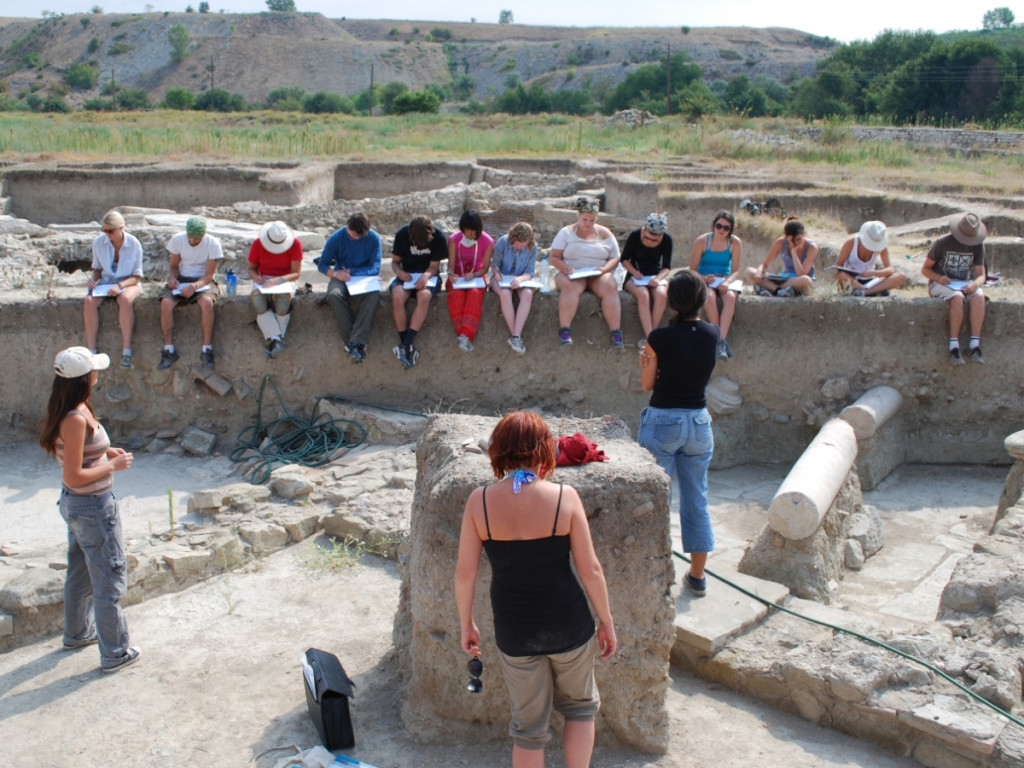 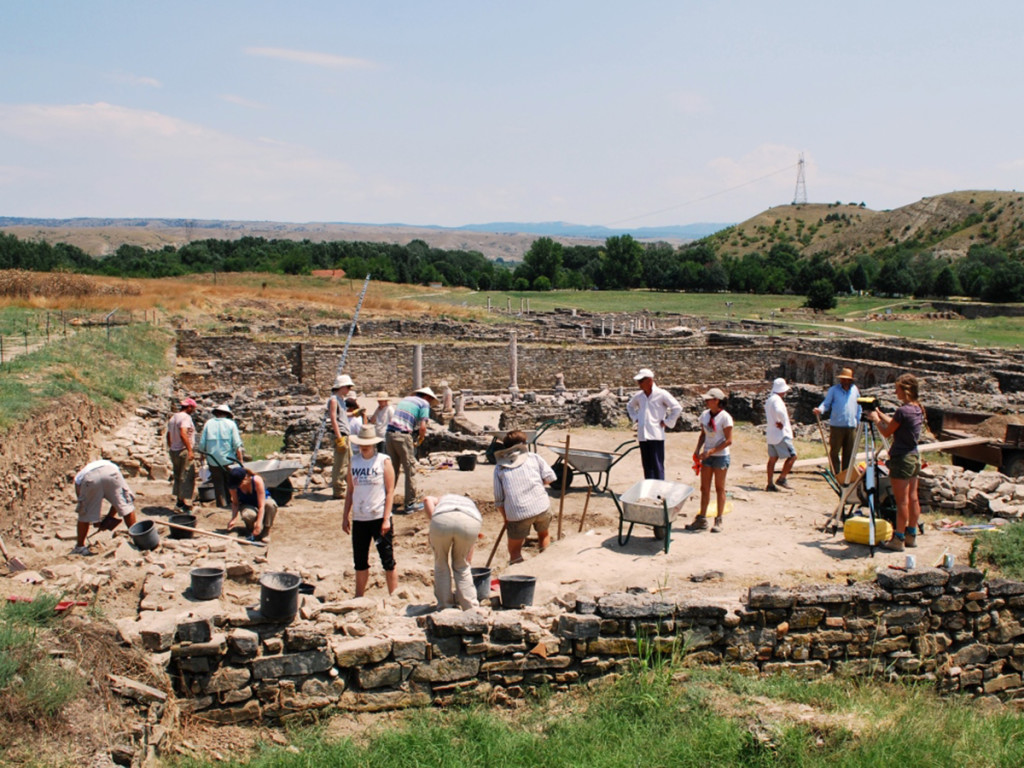 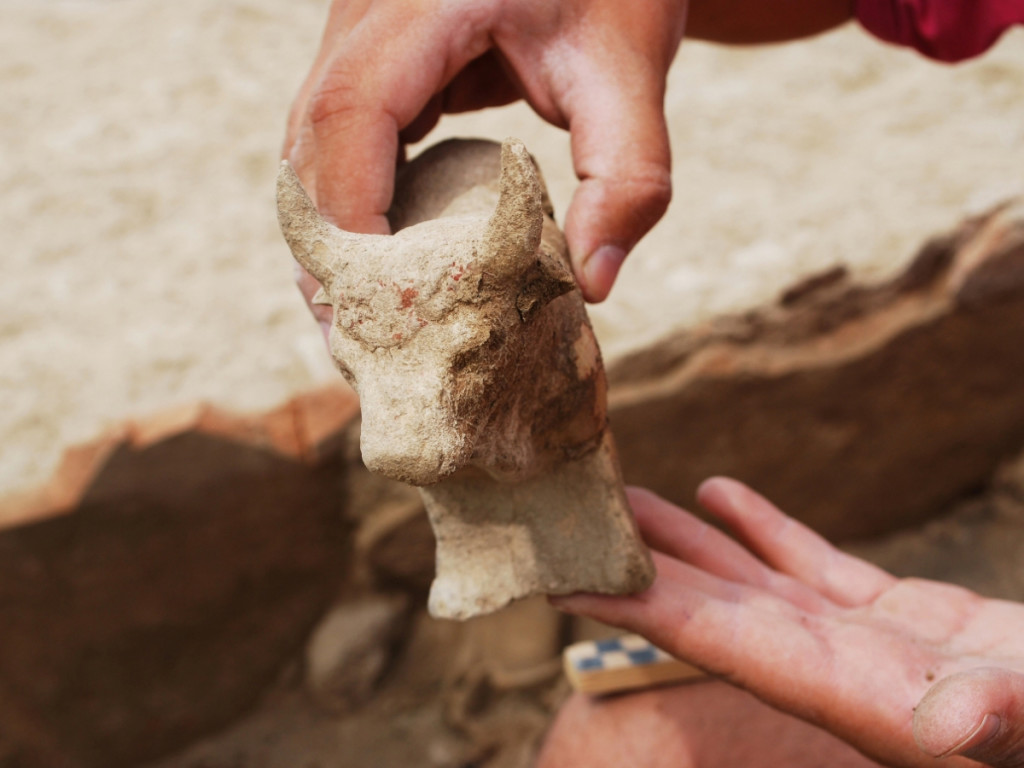 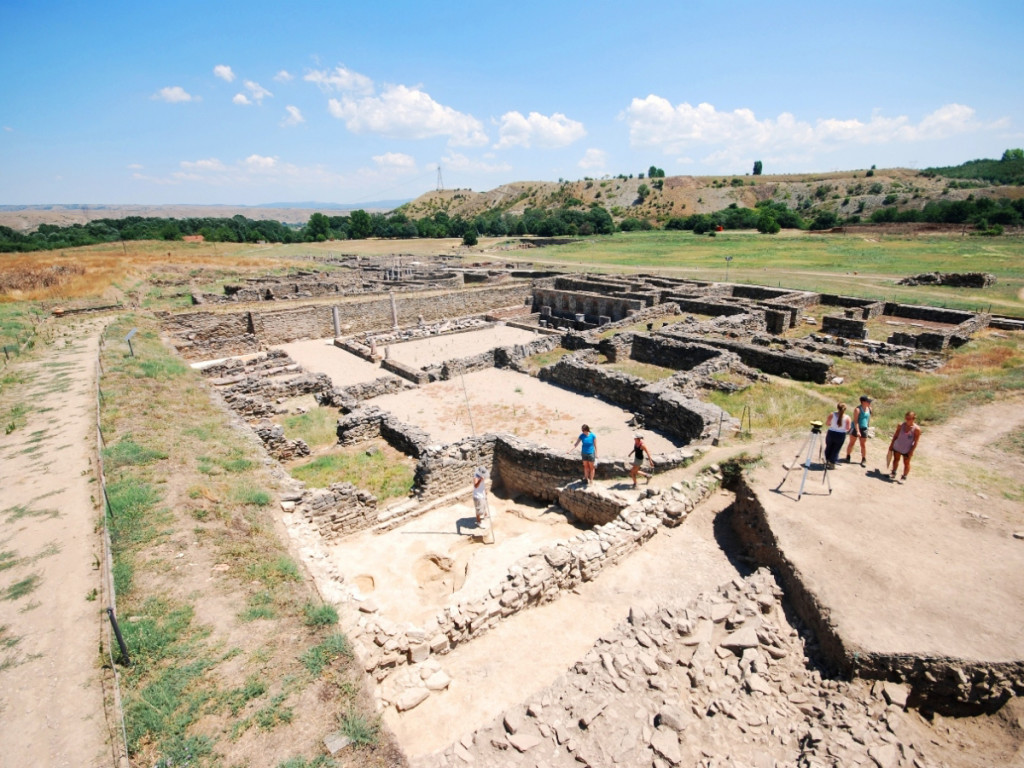 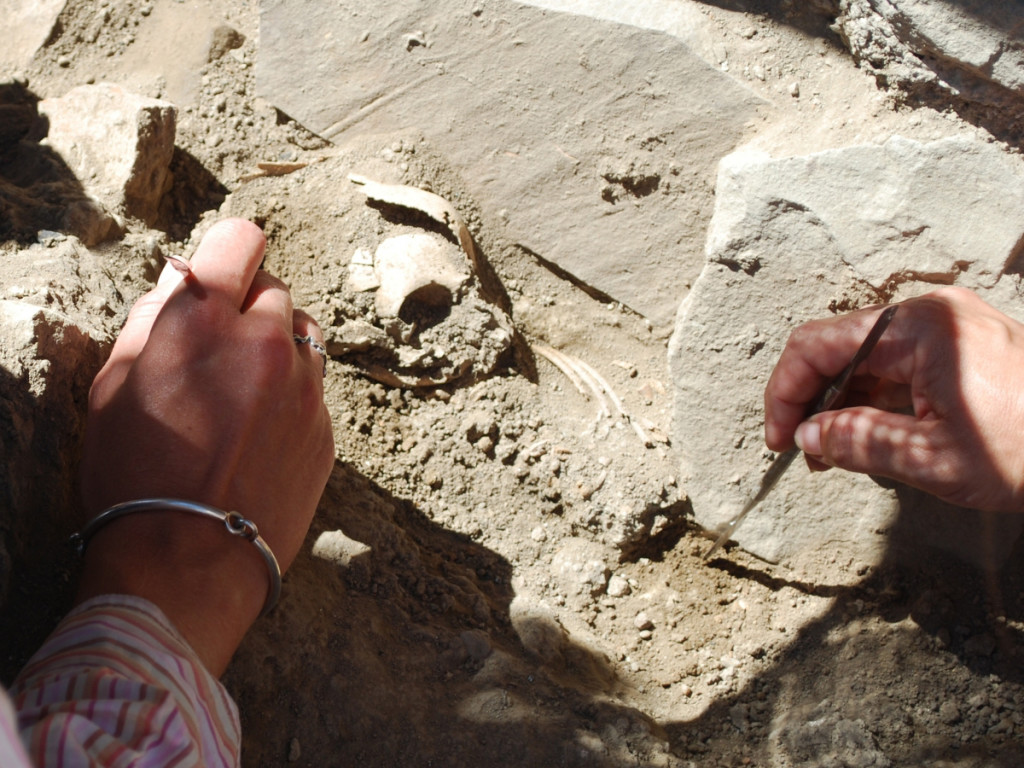 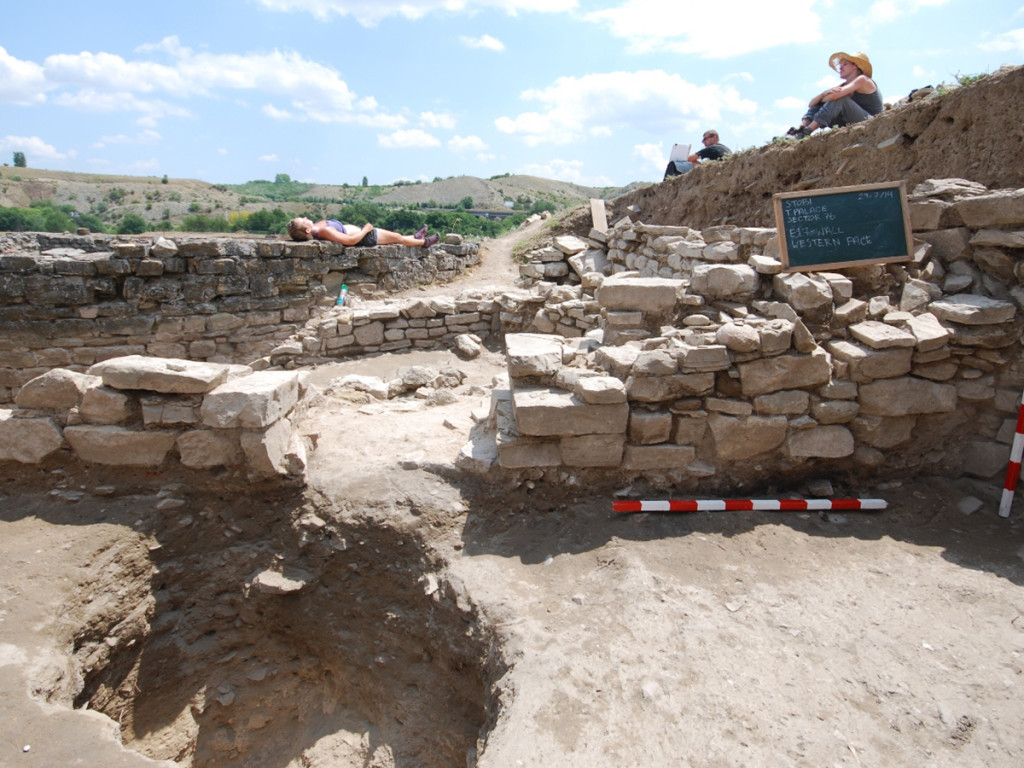 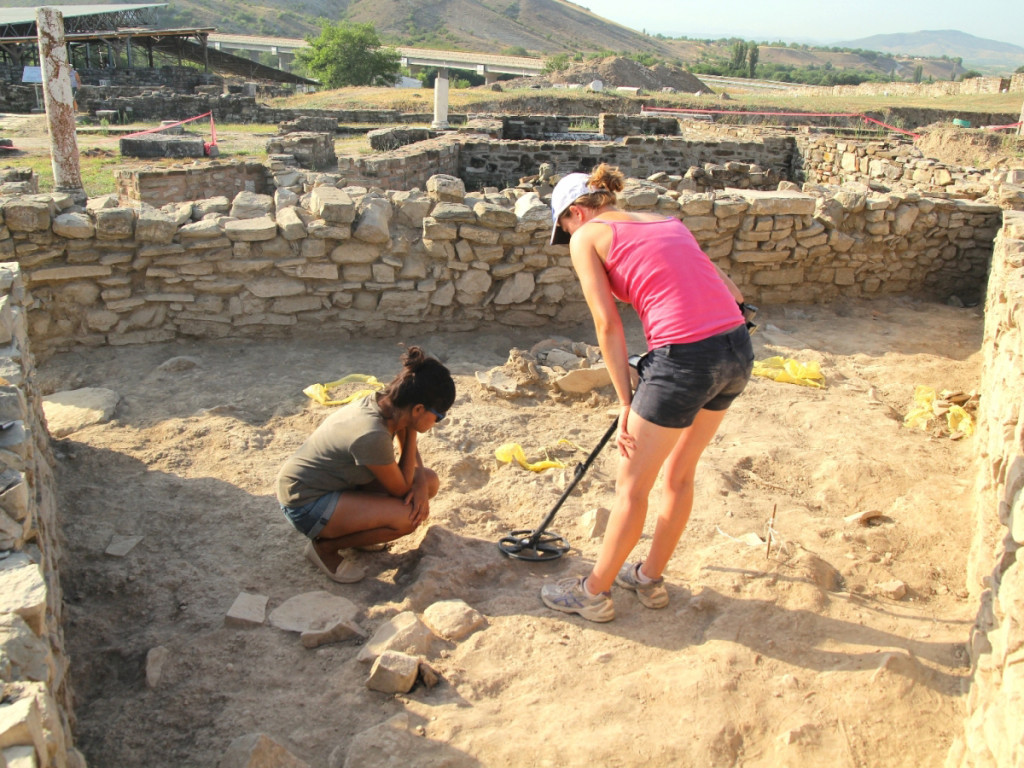 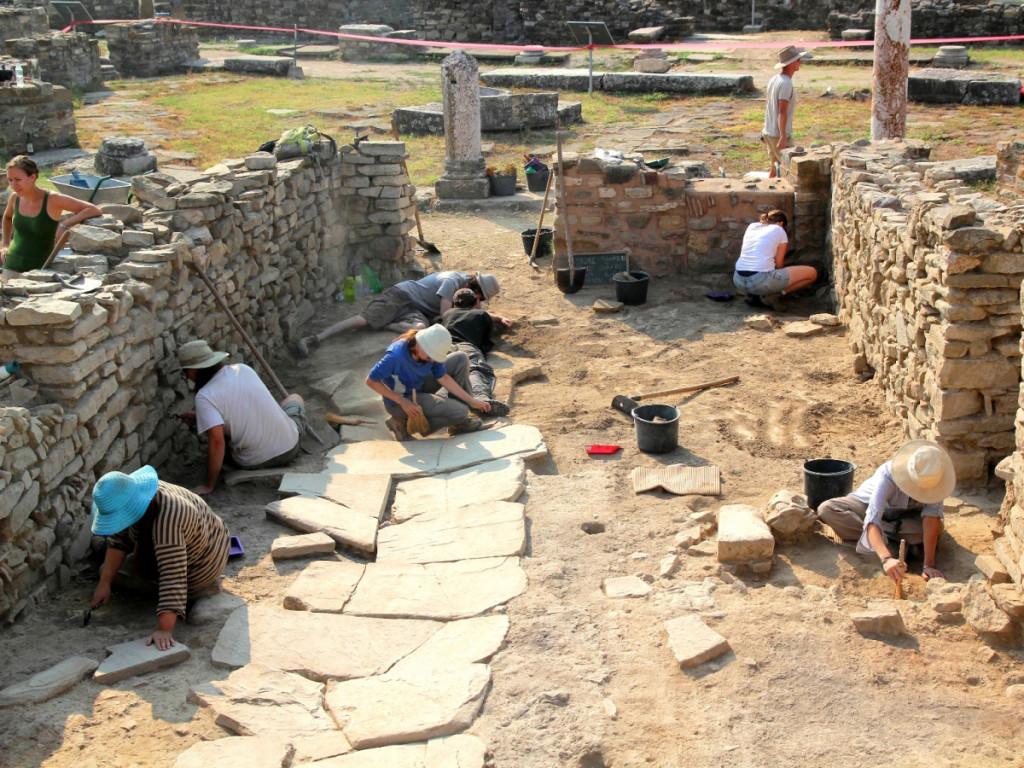 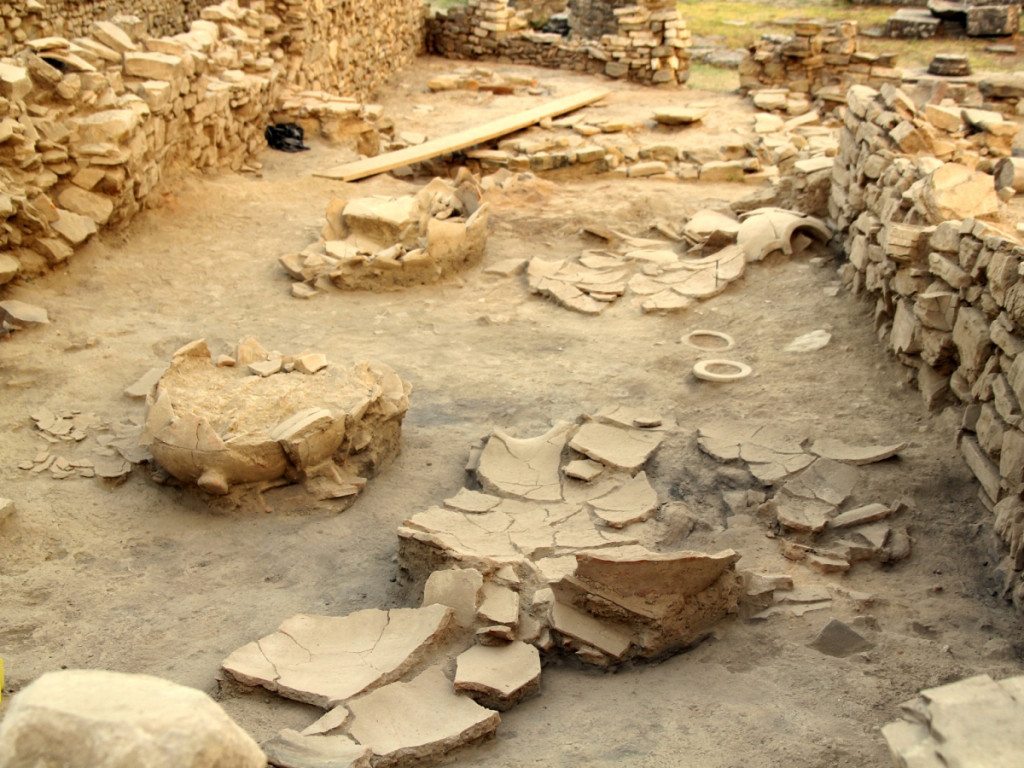 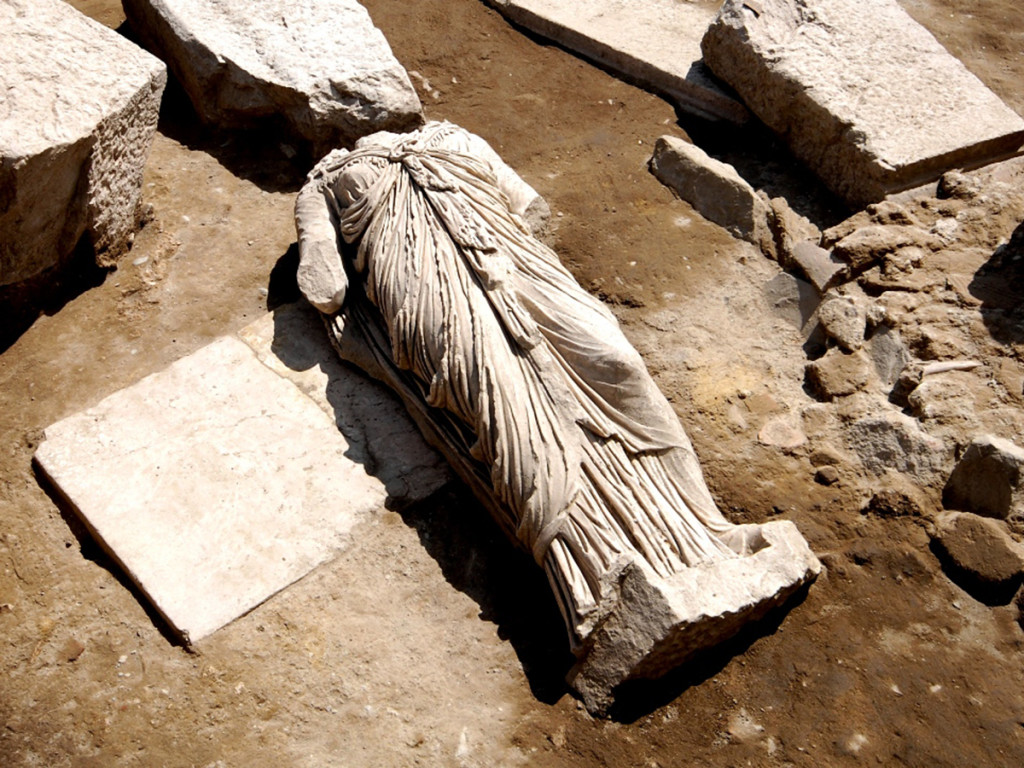 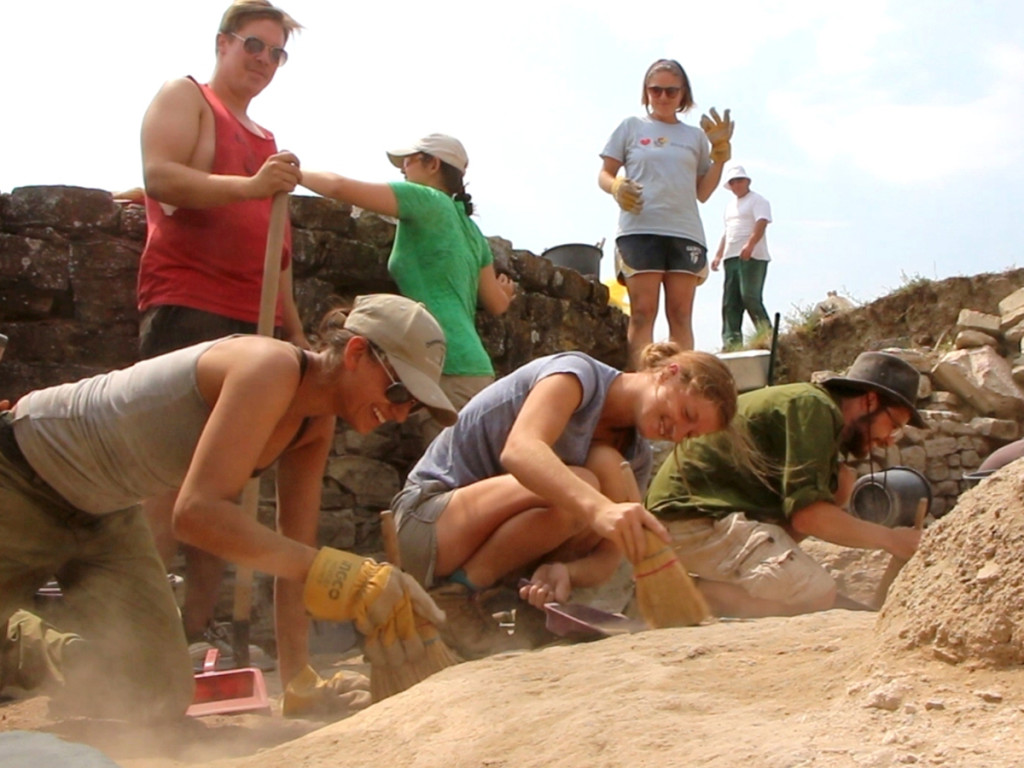